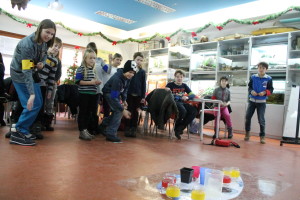 Last winter Zoo Zagreb organized an educational event called ‘Zoolimpijada’ for children from 2nd to 6th grade of elementary school. The school children were at Zagreb Zoo for a day and learned about different animals, their characteristics and problems by participating in competitive games. One of the games the children were playing was the promotion of the Pole to Pole campaign. 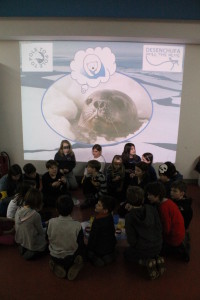 The game consisted of teams that had to re-enact foraging polar bears that had to find prey while simultaneously coping with melting ice and life-threatening pollutants. Before the game an educator would explain the importance of the poles, the problems that the animals are facing and ways in which we can help. About one hundred children participated in the program. On the 5 January the program was also accompanied by national TV channel (NOVA TV) in which the game was shown.