Why the Polar Bear, King Penguin and more Polar species?

This campaign is about the two Poles; the wonderfully varied species living there and the threats they face. A campaign focusing on EVERYONE and how small changes in our behaviour can help saving polar species. 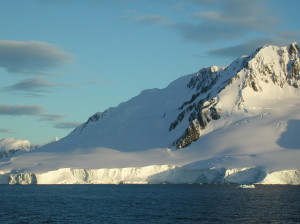 The ‘leading characters’ in this zoo campaign, the polar bear and the king penguin, are both highly charismatic ambassador species representing respectively the Artic and Antarctica. Being present in zoos all over the world, their stories, as well as those of their ‘supporting cast’, are to inspire everyone to make small changes in their daily life that can save these species and their habitat for future generations.

The Arctic….. the polar bear

The polar bear is the ‘symbol’ for conservation challenges in the Arctic, in particular relating to climate change, which is more acute at the poles than anywhere else on the planet. The ice that the bears need to hunt on is shrinking, human-bear conflicts increase, and although polar bears are marvellous swimmers even they have trouble covering the increasing open water distances between land and the ice sheets without drowning. Polar bears are under threat; of this there is no doubt. Scientists underline this fact and predict that if nothing changes for the better, polar bears will become extinct over much of their current range within 50 years. 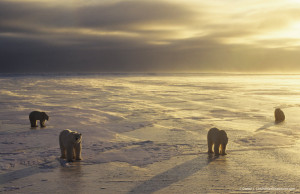 The resources of the planet are finite. The more humans encroach on the resources and ecosystems that wild animals depend on, the fewer wild animals there will be, both numerically and in terms of species diversity. Only by learning to sustain ourselves with what we already have can be reduce our negative impacts on naturally occurring species and their wilderness habitats. (Dr. Ian Stirling)

Polar bears are widely distributed throughout the circumpolar Arctic. They still inhabit the majority of their original habitat. In 2009 the IUCN Polar Bear Specialist Group estimated their abundance to exceed 20,000. The polar bear is a large carnivorous specialist in need of access to its pre: seals. Polar bears need to have continued access to large areas of sea ice habitat and to be able to travel over it easily in search of prey. Their home range measures at least a few thousand, and sometimes as much as a few hundred thousand, square kilometres. On average a polar bear needs 43 ringed seals, or ringed seal equivalents annualy to survive. Therefore, a population of 20,000 polar bears worldwide would require more than a milion ringed seals (or ringed seal equivalents) annually. Consequently, for polar bears to survive in anything like today’s total numbers depends upon both the continued survival of large seal populations and huge areas of ice from which the bears can hunt them.

Only if we cool the planet sufficiently to preserve polar marine ecosystems might our grandchildren, and their grandchildren, experience polar bears or emperor penguins in their natural habitats. It is still possible, but we don’t have time to waste. (Dr. Ian Stirling)

Sometimes the bears can scavenge on the carcasses of naturally dead whales washed up on a beach, or walrus carcasses at terrestrial haulouts. Such kind of opportunities do provide substantial nutritional benefits to a few bears in the short term, but they are not sufficiently abundant, or predictable in their occurrence, to sustain large populations of polar bears in the longer term.

In tens of thousands of years the polar bear evolved from a terrestrial bear into the ice bear. A process that cannot be reversed in a few generations. It would mean the polar bear has to become a terrestrial bear and revert to a diet of berries, other vegetation and bird eggs. These other food sources offer too little nutritive benefit compared to the energy it costs to chase for prey and search for berries. The total energy available from land-based food sources is far less in comparison to what the polar bear obtains from hunting on sea ice. Polar bears are very large animals and they too become that way by eating seals, not vegetation. 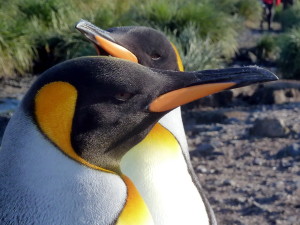 The Antarctic….. the King penguin
The effects of climate change on Antarctica is evident, already impacting the continent and its residents negatively: the West Antarctic Peninsula is one of the fastest warming areas on Earth! This has and will have serious impact on the species living on the edge of the Antarctic continent, most of which are highly dependent on the sea-ice. On a global scale predictions are not positive either; if all of the Antarctic ice-sheet would melt due to climate change, world-wide sea level would rise with an astonishing 60 meters! Furthermore, the sea ice cover around the continent modulates exchanges of heat, moisture, and gasses between the atmosphere and ocean. Alterations to this system will affect climate all over the whole planet (Source: ASOC).

Ice-dependent species will be impacted dramatically. Tiny Antarctic krill (Euphausia superba) often feed on microscopic marine ice algae. These algae are likely to disappear due to loss of habitat (sea ice), which may cause a cascade through higher trophic levels in the food web. Given a complete removal of sea ice, we might expect extinction of those species that presently depend on it for survival, including several species of fish, penguins, seals and whales.