As a committed campaign participant Riga Zoo started to replace their light bulbs with more environmental friendly LED lights, the replacement and installation work was completed two months ago. 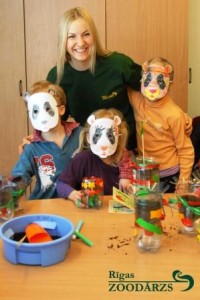 In addition to this Riga Zoo also adjusted the time when lights were on, the time of sunset was taken into account and as such lights were swicthed off when there was still plenty of daylight in the zoo. Comparing to January 2013, Riga Zoo managed to reduce their electricity consumption by 8%.

Last month, as a part of the Tropical Month 2014, creative ‘do-it-yourself’ workshops were organised at the zoo. The basic idea was to show people how to live a green life and how to use resources sustainably. Creating useful things by reusing PET bottles fascinated not only the zoo workers but also the visitors: 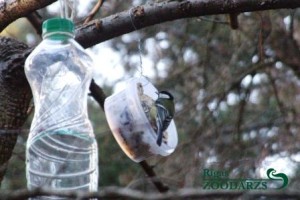 Riga Zoo also collaborated with World Wide Fund for Nature (WWF) and Miljo Papers on spreading the ideas of the Pole to Pole Campaign: