Figure 10. Sea level rise is caused by two factors related to global warming: the added water coming from the melting of land ice, and the expansion of sea water as it warms up. The above graphs show how much sea level has changed since 1993 (right, satellite data record) and about 1880 (left, coastal tide gauge data).
NASA 2013 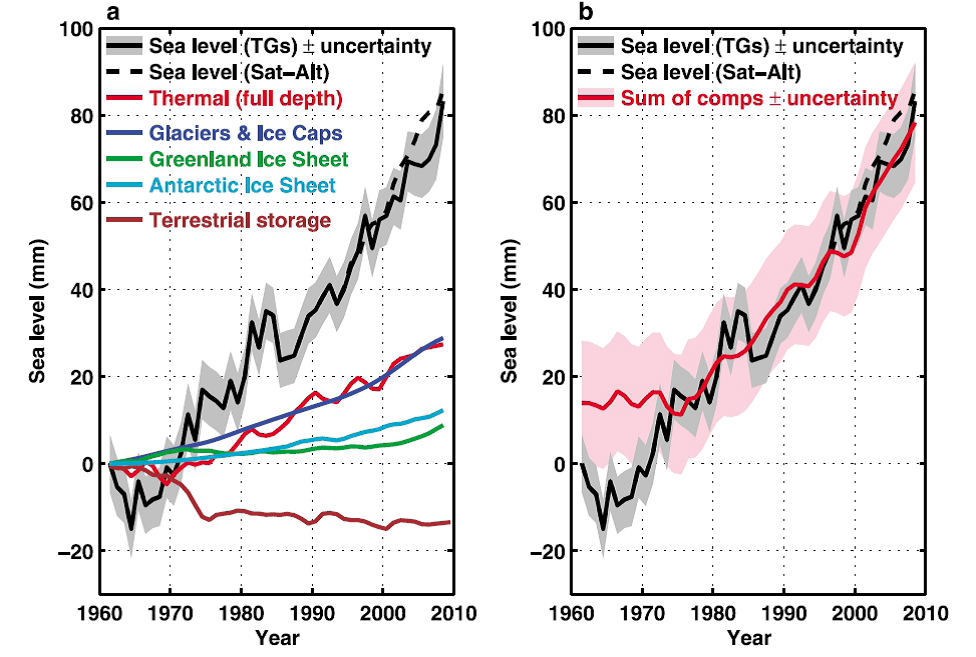 Figure 12: Left panel (a): The contributions of land ice (mountain glaciers and ice caps and Greenland and Antarctic ice sheets), thermosteric sea level rise, and terrestrial storage (the net effects of groundwater extraction and dam building), as well as observations from tide gauges (since 1961) and satellite observations (since 1993). Right panel (b): the sum of the individual contributions approximates the observed sea-level rise since the 1970s. The gaps in the earlier period could be caused by errors in observations. World Bank 2012 Turn Down the Heat